At Huntsville Strings Shop, we feel it is very important to anyone wishing to play an instrument to get off to a good start and learn from the beginning to use proper techniques. We believe we have the best instruction available in the North Alabama area and offer it at a reasonable cost. Our instructors have over 150 years of combined teaching experience and all have impressive music teaching credentials.

We offer lessons for Violin, Viola, Cello, Bass, Guitar, Mandolin, Banjo and Piano. We offer violin in the Suzuki method as well as the traditional method. We also offer Violin lessons in the “fiddle” style if you prefer and more country/bluegrass style of playing. 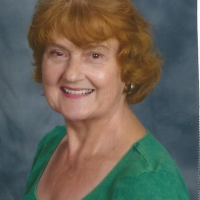 
Leona Cotruvo received her B.S. in Music Education from Bowling Green State University in Ohio. She also holds a Suzuki teacher certificate. Mrs. Cotruvo teaches violin and viola at Huntsville Strings Studio. While residing in Portsmouth, NH, Mrs. Cotruvo was Music Supervisor of Portsmouth’s ten elementary schools. She has worked extensively with young string players in the Jackson, MS public schools, at string camps, and as a clinician at Suzuki string workshops. She has also organized successful Suzuki string workshops. In Starkville, MS, she was a team teacher with her late husband Art, Director of the Starkville Suzuki String Program. The program received an ASDTA, Mississippi State Chapter award for Development in Strings. In 2001, Mrs. Cotruvo was honored with the Harold J. Wilson Music Educator of the Year award. 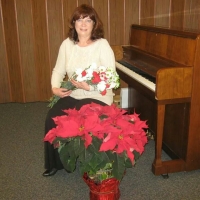 
Marina Efimona was born in Russia. She graduated from music college as a pianist,  accompanist and a piano teacher.  Ms.Efimona studied teaching skills at the University of Barnaul Russia for four years. She taught piano for at a music school in Russia, and has taught private lessons in America for 7 years. 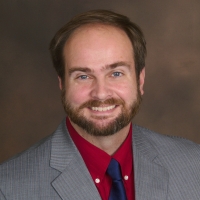 
Mark Huff was born in Ohio and has his Bachelors in Music from Miami University of Ohio, a Masters Degree from the Cleveland Institute of Music, and a Doctorate from the University of Alabama

Dr. Huff is a member of the Huntsville Symphony and teaches bass at the University of Alabama Huntsville, University of North Alabama, Florence, and at the Huntsville Strings Shop where he also teaches violin. Dr. Huff also performs with the Moondust Big Band and has several compositions including his Christmas duet series.

Toney United Methodist Church, Toney, AL
Music Director
Selected Hymns, plus choral and special music with the pastor for the service, recruited and rehearsed the choir and band or other groups as needed. 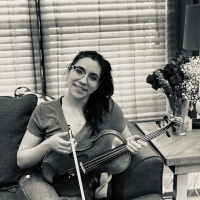 
Coming from New York City I had been surrounded by music my whole life. I began learning the violin at 9 years old, studying under Zhana Gurgenidze for 2 years and moving on to complete the Bloomingdale School of Music Pre-college music program, studying under countless professionals like Naho Parrini, Audrey Mitchell, and David Rose. 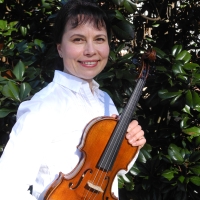 
Veronika Johnson is a performing violinist and violin teacher whose musical education and professional career began in Russia and Ukraine. Her passion for music started at an early age. From the birthplace of P. I. Tchaikovsky, she was encouraged to pursue and develop her talent with the violin. A classically-trained musician, Veronika completed her education at the premier music conservatory in Ukraine – National Academy of Music (Tchaikovsky Conservatory) in the capital city of Kiev.

After graduating from the Conservatory with her teaching credential, Veronika taught violin at the State Music School in Sevastopol, Ukraine for 17 years. Veronika Johnson is the former Concertmaster and featured Soloist of the Allegro String Ensemble, performing with the well-known Crimean troupe for ten years before immigrating to the United States in 2008.

Veronika is a very active performer. She performs regularly with different ensembles and churches in Huntsville and Tennessee Valley.

Veronika Johnson’s students have been winners and achieved Honorable Mention in the AMTA audition. This year her student was selected to participate at Carnegie Hall Performance Series, New York City. 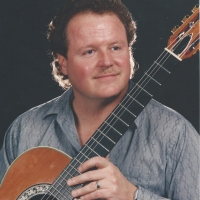 
In college Bob pursued a performance degree in Classical Guitar and compiled over 200 hours of college credits in music. Bob joined the Huntsville Community Chorus directed by Bianca Cox. He performed Classical Ensembles and Pitt Orchestra materials. Some of the musical highlights included backing Jim Nabors and performing Broadway plays such as “Annie Get Your Gun” and “Oklahoma.” In 1982, he graduated from the University of Alabama hi Huntsville with his performance degree hi Classical Guitar. His teachers Charles Higgins and Marvin M. Combs studied under the legendary Pepe Romarez and Andres Segovia. Even now, he continues to play solo performances and jazz engagements with the Valentine Trio and the Rocket City Jazz Orchestra. One of the most notable gigs include City Stages hi Birmingham hi 2007 and in 2008. Bob’s job hi Rocket City Jazz Orchestra includes guitar parts and covering for keyboard parts when the pianist is not available, which is most of the time. He is also a featured soloist in the 21 member ensemble.

Bob’s teaching experience on the college level includes one year at Snead State, one year at UAH, ten years at Wallace State, and sixteen years at UNA. He has also taught guitar at Sommers Music in Albertville for twelve years, A.B. Stephans in Huntsville for sixteen years, the String Shop in Huntsville for four years and have been at Railroad Bazaar in Huntsville since 1999. At each store his work load has been between forty to sixty students a week. I teach MU 118-418 Applied Guitar, MU 181 Class Guitar, and MU 187 Guitar Ensemble at UNA. My philosophy for teaching guitar at the college level is that the student should learn to arrange, perform, and improvise Jazz and Pop Standards, as well as master Classical Technique so as to establish a repertoire to become a well rounded professional musician and teacher.

To summerize his musical experiences he performed as a soloist, in duet performances, in trios, in quartets, five, six, seven, eight, and 21 member ensembles in a variety of styles. These styles of experience include Classical, Country, Broadway, Jazz, Rock, and Pop. In my thirty-five years of teaching, he has never found a method book that covers the diversity of music that comes from this great country we live in, therefore he created his own book “Chord and Scale Crash Course for the Guitarist who Plays by Ear.” He feels Aaron Shearer’s “Classic Guitar Technique” provides a clear approach to finger style nylon string guitar. However, most people prefer metal string guitar and other styles. In his book the emphasis is understanding chord progression, chord symbol analysis, how to navigate as well as improvise changes through tablature, and scale diagrams. These attributes are vital pieces of knowledge needed to survive hi the world of music today. He is capable of addressing all styles to each of my students. In addition to the Aaron Shearer and his book, he is well versed in the music of the masters from Milan and Dowland of the Renaissance, to Vivaldi and Bach of the Baroque period, to Carcassi Giuliani and Sor of the Classic period, to Tarrega Grieg and Albeniz of the Romantic period, to the works of more modern composers such as H. Villa- Lobos Antonio Lauro and F. Moreno-Torroba and so many other composers too numerous to mention.

“I am confidant that if students have a foundation of this material and study my thirty-eight jazz chord solo arrangements he/she will be able to find satisfaction and fulfillment through a career in music as I have.” 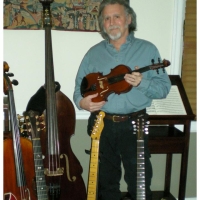 
Oscar Newman is a professional musician and dedicated teacher of strings. He has more than thirty years experience teaching music to students of all ages. He offers string instruction on a variety of string instruments as well as study in music theory, improvisation and composition. A graduate of the University of Alabama with a Bachelors degree in string bass performance, Oscar earned his Masters of Music Education degree from Alabama A&M University. He studied under renowned bassists, Jeff Bradetich, Eddie Gomez, Barry Green and Frank Proto while at the University of Cincinnati College Conservatory of Music. Oscar has played with numerous orchestras, including 12 years with the Huntsville Symphony Orchestra, several of those as principal bassist. He served as assistant conductor of the Metro Youth Orchestra and conductor of the Debut Orchestra for 15 years. Oscar retired from the Madison County Schools after twenty five years of teaching strings and general music. He maintains a private teaching studio. An accomplished bassist in both classical and jazz music including solo guitar, he has performed professionally with jazz groups for many years. In addition to bass and guitar, Oscar is an experienced teacher of cello, violin, mandolin and ukulele. 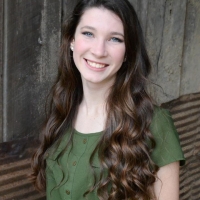 
Sophie Buck is the bluegrass fiddler in Rocket City Ridge Band. She has almost eight years of experience on the fiddle and has taken lessons with Jim Wood for the past two years. Sophie has played lead fiddle in Horse Mountain Band, an old-time string band. She has also performed in Alabama Honors Strings, the Athens Old Time Fiddler’s Convention, and the Society for the Preservation of Bluegrass Music of America (SPBGMA). Sophie plays many styles, including bluegrass, Celtic, gospel, and old-time fiddle music. Sophie teaches beginner level fiddle. 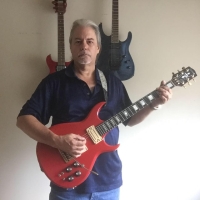 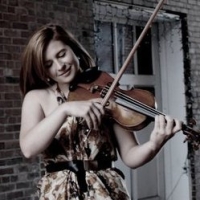 M.A in Music Education from the University of Tennesee